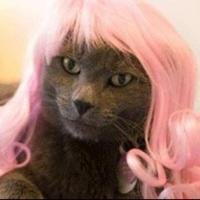 The world may be conceived as consisting of a multitude of entities arranged in a certain pattern. The entities which are arranged I shall call "particulars." The arrangement or pattern results from relations among particulars. Classes or series of particulars, collected together on account of some property which makes it convenient to be able to speak of them as wholes, are what I call logical constructions or symbolic fictions. The particulars are to be conceived, not on the analogy of bricks in a building, but rather on the analogy of notes in a symphony. The ultimate constituents of a symphony (apart from relations) are the notes, each of which lasts only for a very short time. We may collect together all the notes played by one instrument: these may be regarded as the analogues of the successive particulars which common sense would regard as successive states of one "thing." But the "thing" ought to be regarded as no more "real" or "substantial" than, for example, the rôle of the trombone. As soon as "things" are conceived in this manner it will be found that the difficulties in the way of regarding immediate objects of sense as physical have largely disappeared.

This file contains additional information, probably added from the digital camera or scanner used to create or digitize it. If the file has been modified from its original state, some details may not fully reflect the modified file.
Retrieved from "https://wiki.freesideatlanta.org/index.php?title=File:Sassy-cat.jpg&oldid=543"